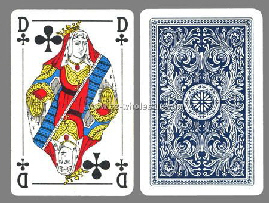 Bridge is one of the most popular card games played today throughout the world. Modern Bridge was developed from whist, which has been played for centuries. It is from Russian Whist, called "Biritch" (from where the name Bridge derives) that Auction Bridge developed in 1904. The American, Harold Vanderbilt, in 1925, set out the rules for Modern Contract Bridge, which with some additional changes is the game we play today. Bridge is thought to be an excellent way of keeping the brain exercised and active. Do come and join us The U3A Bridge Group meets at Sandringham Court, every Wednesday starting at 09:15 am. We are a sociable group of players with a range of skills from novice to experienced. The emphasis is on enjoying playing bridge in a pleasant and friendly atmosphere. On the first Wednesday of each month, we have an experienced Bridge Teacher come and run a session on different aspects of playing Bridge.

Following the sad death of Iain Harborow the Bridge group is currently suspended.  Will anyone who would consider taking over the Group Leader role please contact the group co-ordinator Peter Scaife .
This page is updated by Doug dl@dorchesteru3a.org.uk